Glutathione is considered by scientists to be one of most powerful antioxidants, yet remains relatively unknown, compared to other nutrients.  Manufactured in every cell in the body, but produced in large amounts by the liver, glutathione is made from three building blocks of protein, the amino acids cysteine, glycine and glutamine.1,2  At this time of year, when many of us feel more exposed to stress, infection, reduced sleep, alcohol and other toxins, due to end of year events and Christmas parties, it is interesting to understand how nutrients such as glutathione are working away in the background to protect us from the damage these factors can cause.

Glutathione is one of the key nutrients found in many green vegetables, which can help to speed up phase II detoxification in the liver.6

The liver processes a wide variety of potentially harmful substances, including alcohol, steroid hormones, medication and toxic metals, in two stages, known as phase I and phase II detoxification.3 Most chemicals, either produced by the body or to which we are exposed through our diet and environment, first undergo phase I detoxification, which produces highly reactive and carcinogenic by-products.  In other words, the products our body is trying to eliminate, are temporarily converted into substances which are potentially even more harmful than they were originally. These by-products are then further processed in phase II and rendered less harmful, into a state in which they can be removed from the body, excreted in bile and urine. 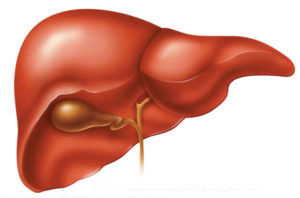 The timing of these processes in the liver is critical and if phase I reactions happen too fast for phase II to deal with the toxic by-products, they can promote the development of cancer.4 For example, cigarette smoke speeds up phase I, which can lead to a build-up of highly toxic substances waiting to be removed via phase II.  Meanwhile, the beneficial properties of broccoli and other cruciferous vegetables help to speed up phase II detoxification and thereby contribute to cancer prevention.5 Glutathione is one of the key nutrients found in many green vegetables, which can help to speed up phase II detoxification in the liver.6

Our ability to protect our body against major disease such as cancer or heart disease is closely related to the balance between our exposure to harmful free radicals and our intake of protective antioxidant nutrients.3 To explain this in more detail, we need to understand that oxygen underpins all plant and animal life and is required by every human cell to release energy from food, which subsequently drives all our body functions.  However, oxygen is chemically reactive, highly unstable and can oxidise other molecules, meaning that it steals part of other atoms and compounds.  Classic examples are rusty iron and browned fruit, whereby oxygen has stolen an electron, the outer part of the iron or fruit atoms and the resulting oxidation reaction causes the original compounds to be damaged. Now imagine that this is going on inside you!  Free radical is another name for a damaged atom or group of atoms, which has a missing electron and ‘attacks’ neighbouring atoms, in an attempt to steal an electron back.  This in turn damages the neighbouring atom and the cycle continues.

Free radicals are produced by all combustion processes which involve oxygen, such as smoking, the burning of petrol to create exhaust fumes; frying or barbecuing food; radiation (including sunlight); and even by many normal body processes such as converting food to energy, or exercising.7 Collectively, we refer to these damaging factors as oxidative stress and the damage caused to body cells by free radicals triggers inflammation, cancer, arterial damage and ageing.2,8 The liver is an organ which is particularly susceptible to damage caused by oxidative stress.8

While we can limit our exposure to some free radicals, it is impossible to avoid them completely and therefore the role of antioxidants is crucial for maintaining the balance which promotes good health.  Antioxidant nutrients such as vitamins A, C and E, beta carotene, zinc, selenium and co-enzyme Q10 work as a team to disarm free radicals, by sharing and donating electrons, which then repair the oxidised or damaged free radical and prevent further damage to cells.  Various warning signs indicate that we don’t have the balance right and that our antioxidant intake is insufficient, compared to our level of free radical exposure.  These include recurrent or difficulty in shaking off infections; slow skin healing; excessive wrinkles for your age; or inability to detoxify after exposure to free radicals, such as feeling groggy or achy after exercise, or being exposed to pollution. Do any of these issues sound familiar? 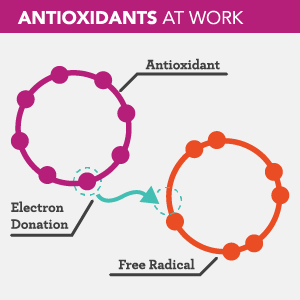 This brings us back to glutathione, which works very closely with other antioxidant nutrients such as vitamins A, C and E and in turn is used to produce the body’s most powerful antioxidant enzyme, glutathione peroxidase.  It is this enzyme which enables the liver to protect us from oxidative stress in the form of car exhaust fumes, cigarette smoke, radiation and other carcinogens, infections, excessive alcohol and toxic metals.9  Although it is made in every cell in the body, the liver has the greatest capacity to produce and store glutathione and levels of this important antioxidant are seen to increase significantly when a cell is exposed to oxidative stress.10  So what can we do to assist the production of glutathione? Production requires the amino acids cysteine, glycine and glutamine and therefore ensuring adequate intake of these precursors, or building blocks, along with nutrients to support liver function, is the best approach to promoting adequate glutathione.

Bone broth is rich in the amino acids glycine and glutamine, which are both required for glutathione production (as well as providing the building blocks to repair damaged cells which line the digestive tract).

Vitamins B6, B12 and folic acid for methylation.  Methylation is a process which occurs more than a billion times per second in every cell of the human body and determines how the cell develops, as well as influencing our overall health.11 Among many other functions, the process of methylation regulates the use of sulphur-containing substances in the body, which includes glutathione.  The specific B vitamins needed for methylation are found in beans, chickpeas, lentils, black eyed peas, asparagus, spinach, broccoli, avocado, nuts, nutritional yeast, poultry and organ meat such as beef liver.

Supplement silymarin, which is extracted from seeds of the milk thistle plant.  Silymarin has been shown to regulate the availability of sulphur-containing amino acids such as cysteine in the liver, thus ensuring that adequate levels are accessible for the liver to produce glutathione. 4, 8 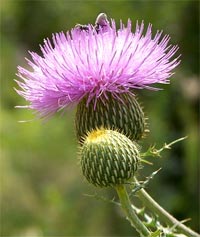 Aside from its antioxidant mechanisms, glutathione plays other roles in the body, as it supports our immune system in various ways; links together with drugs to aid their removal from the body; assists with the creation of new proteins12; protects us from environmental toxins; and is involved in the process of apoptosis, or programmed cell death, of cancer cells.13

Some scientists speculate that glutathione status is one of the most important indicators of health, having studied how levels decline as we age and drop significantly in patients with various diseases.14 The good news is that it is simple to help our body maintain production of this vital but unacclaimed antioxidant, by eating the foods outlined above and by supporting our precious liver, which bears the load of glutathione production.  So give a little love to your liver:  go easy on the alcohol over the festive season; load your plate with brightly coloured vegetables; sip on bone broth, or use it in soups and gravies; and consider taking a liver support supplement which contains milk thistle, B vitamins and sulphur-containing amino acids such as N-acetyl cysteine or methionine.